Posted in News on Wednesday, February 10, 2021 by The Beachcomber Tours Correspondent

Beachcomber Resorts & Hotels has embarked upon a major innovation project in terms of sustainable development and energy management and has become the first hotel group in Mauritius to install solar panels. The Group has installed 3,090 solar panels in four of its resorts, namely: Paradis Beachcomber, Trou aux Biches Beachcomber, Mauricia Beachcomber and Victoria Beachcomber.

Beachcomber’s commitment to solar energy dates back to 2008  with the installation of thermal panels, providing hot water for its resorts’ bathrooms and swimming pools. The solar panels, which were installed in December last year, are the next step in the Group’s ecological approach. These resorts can now produce their own electricity from a natural and renewable source.

These panels, which have been installed on the roofs of the hotels, cover a total area of 10,329 m2. They can produce a capacity of 1,596,145 kWh per year. This allows the Group to considerably reduce its dependence on fossil fuels and achieve a threefold objective: to promote renewable energy, to lighten the load on the Central Electricity Board (CEB), and to reduce greenhouse gas emissions. The reduction of the load on the national grid is equivalent to the average consumption of 608 families in Mauritius. Likewise, the solar panels at Trou aux Biches Beachcomber and Victoria Beachcomber have already allowed the Group to cut the emission of 131 tonnes of CO2.

The generation of solar power is a first for the Mauritian hotel industry. "Beachcomber is the first hotel group to install photovoltaic (or solar) power plants in the MSDG (Medium Scale Distributed Generation) scheme of CEB (greater than 50kWp) in four of its hotels," says Roy Ittoo of Ecoasis. Ecoasis is the company that installed the solar panels after a thorough audit to identify the best surfaces for solar panels at the hotels.

“With this approach, the Beachcomber Group strengthens its position as a pioneer in the field of sustainable tourism. Ecoasis is very proud to have been chosen as a partner for the installation of the photovoltaic plants. These plants will be able to cover a large part of the electricity consumption of the hotels and will have a significant impact on the reduction of greenhouse gas emissions on the island,” he adds. 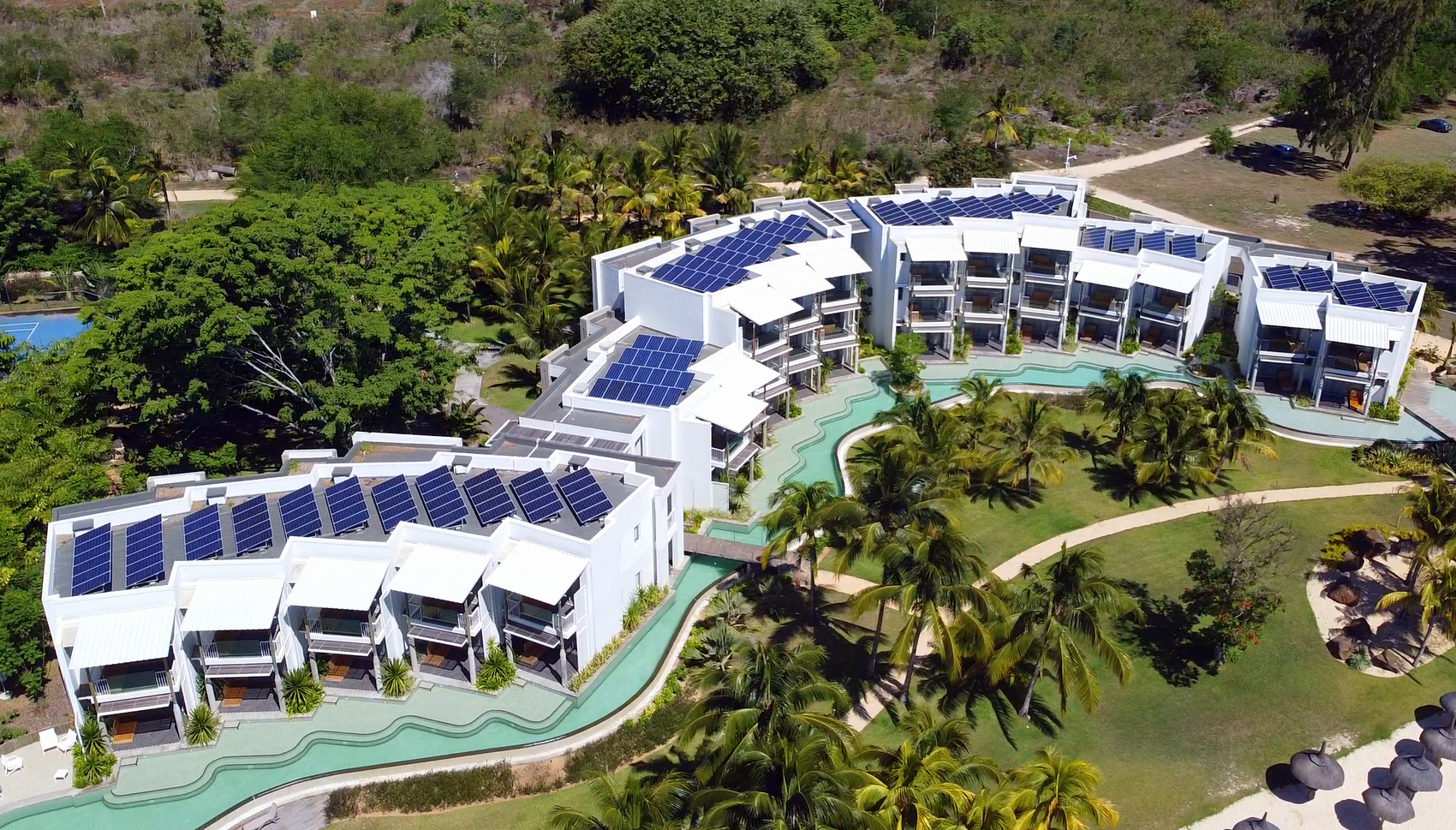 The Group's ambition is to extend this project to each of its eight resorts in Mauritius in the near future. "This approach is part of our Environmental and Social Charter as well as our EarthCheck certification. It is in line with our 52 Commitments to favour practices that meet the key challenges of sustainable development with more efficient and cleaner energy use, allowing us to reduce our carbon footprint. Our goal is to eventually equip all our resorts with solar panels. We always aim to strengthen our actions that respect the environment,” says Geraldine Koenig, Chief Officer Operational Excellence of Beachcomber Resorts & Hotels.